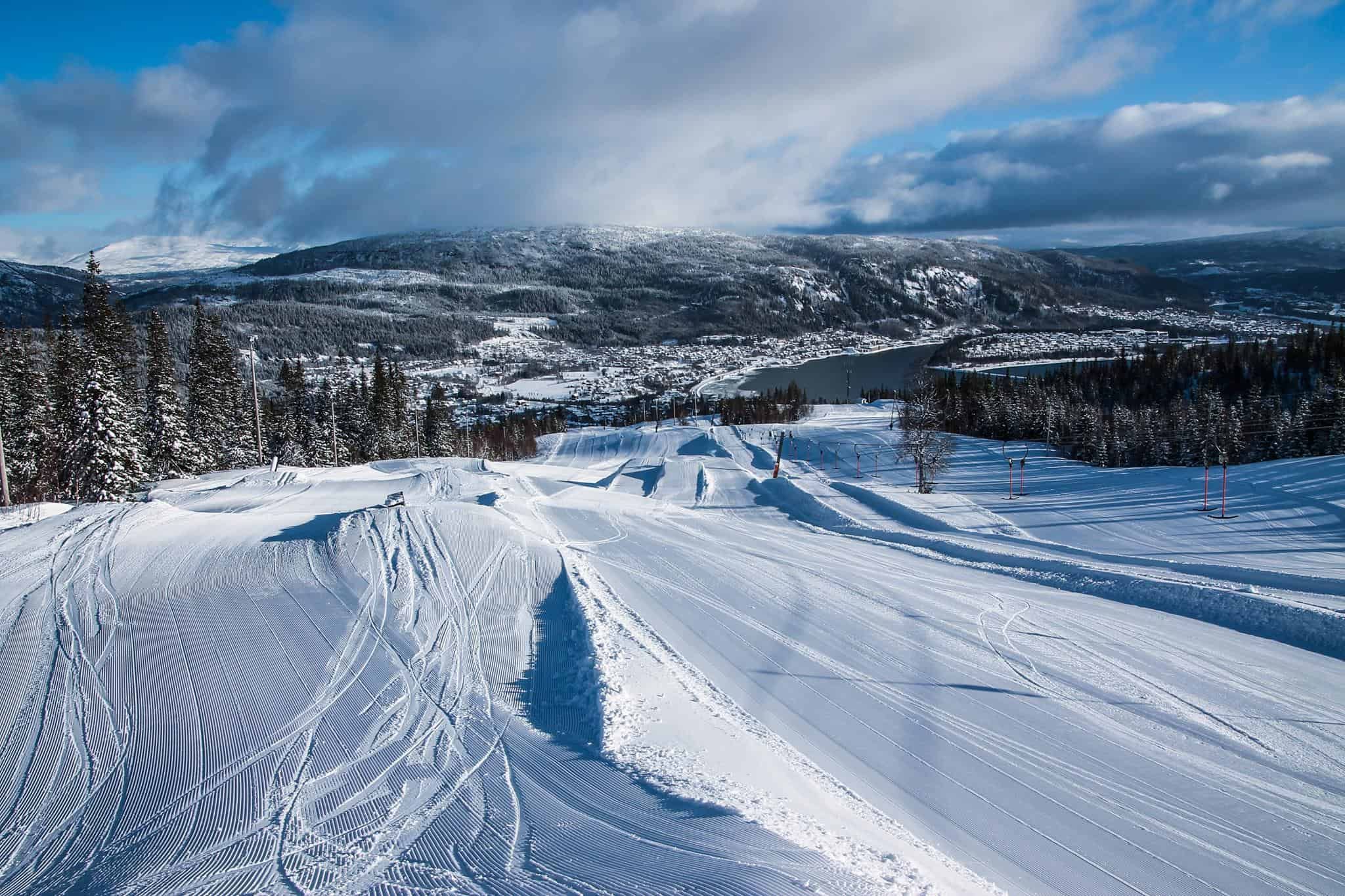 Skillevollen Alpinsenter is a ski resort located on the outskirts of Mo I Rana. Here you will find ski jumps, children's slopes, ice rink (tennis court in summer), light trails, hiking trails, and a biathlon arena built to international standards.